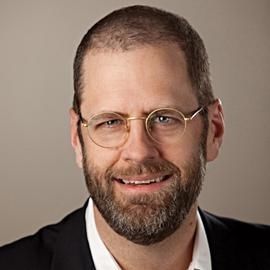 Leo is a husband, father of five and President and CEO of Aquinas Companies, LLC, the parent company of three values-driven enterprises: construction management, real estate development and acquisition, and a life science technology studio. Since Leo joined the leadership team at the company, its annual revenues have grown from $40 million to over $400 million. Aquinas’ unusual structure and business practices have inspired tremendous employee loyalty, with an average tenure among senior managers of more than 20 years, as well as making a significant community impact through an annual tithe of its net income. The economic ownership of Aquinas will ultimately be transitioned to the Greater Houston Community Foundation, a public charity.

In addition, Leo teaches at Stanford’s Graduate School of Business as a Lecturer, where he was named MBA Class of 1979 Lecturer for 2008-2009. Leo graduated from University of Notre Dame with two bachelor degrees, one in Civil Engineering and one in the Program of Liberal Studies (Notre Dame’s Great Books program). He then went on to graduate school at the University of Texas at Austin, earning a Master’s Degree in Structural Engineering. Some years later, he entered Stanford’s MBA program, graduating as the only student in the history of Stanford GSB to be both Valedictorian and winner of the Arbuckle Award (the person voted by his classmates to have made the greatest contribution to the school). While at Stanford, he was Chair of the Academic Committee and founder of the Global Management Program.

Leo is also very involved with PreK-12 education reform, especially the expansion of high-performing charter schools serving low-income communities. He has a close working relationship with KIPP (the Knowledge Is Power Program) in Houston, where he led the effort to formulate a bold plan for growth. He also helped create REEP (the Rice Education Entrepreneurship Program), a business-school-based program for developing school leaders. He currently serves as Chairman of REEP.

Leo serves on the board of Families Empowered, Competitive Governance Institute, Chantal Cookware, Free Enterprise Institute, and the Greater Houston Community Foundation. He is a Distinguished Alumni of the University of Texas Civil Engineering Department, and a member of the Positive Coaching Alliance National Advisory Board. He also founded and ran the largest non-partisan SuperPAC, the Campaign for Primary Accountability, during the 2012 election cycle.