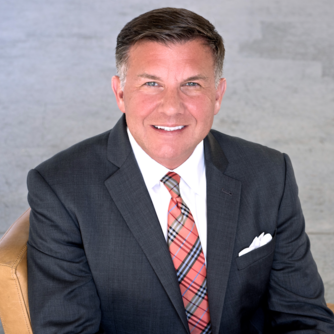 Michael is a Healthcare CEO, Strategist, Entrepreneur and Innovator. Michael began his healthcare career after graduating from the University of Mississippi Medical Center in 1983. He also holds an MBA from Belmont University and a Doctorate in Health Administration from the Medical University of South Carolina. Michael has a passion for creating an optimal healthcare experience for patients and their families.

Michael is the CEO of Narus Health - a healthcare organization whose care management services and technologies support individuals with serious medical conditions, their families and the medical community engaged in their treatment.

He was the founding President & CEO of the Nashville Entrepreneur Center - an innovation center helping launch new healthcare and technology businesses that has been recognized Nationally as one of the country's leading startup organizations. He served in that role from 2010 - 2015.

Michael served as President of ParadigmHealth from 2000-2007. ParadigmHealth specialized in the management of life-limiting and life-threatening medical events and was sold to Inverness Medical Innovations in December, 2007.

Prior to ParadigmHealth, Michael was President of Theraphysics, a venture-backed, specialty rehabilitation firm he founded in 1992. Theraphysics was acquired by Beverly Enterprises in 1998.

Prior to Theraphysics, Burcham worked for Hospital Corporation of America as Vice President of Managed Care for Centennial Medical Center.

In addition to his work in the healthcare industry, Burcham teaches Healthcare Innovation and Launching New Ventures at the Owen Graduate School of Management, Vanderbilt University. Michael most recently served as the Co-Chair of the National Advisory Council on Innovation and Entrepreneurship for the U.S. Secretary of Commerce (2014 - 2016). He also Chaired of the Global Advisory Board for Entrepreneurship for King Faud University of Petroleum & Minerals (KFUPM), Kingdom of Saudi Arabia (2013 - 2016). Michael is also a strategic advisor and Board Member to a variety of healthcare organizations as well as investment funds involved in healthcare and technology.

Michael is a frequent National speaker on executive leadership, entrepreneurial thinking and healthcare innovation. He resides in Nashville, TN.