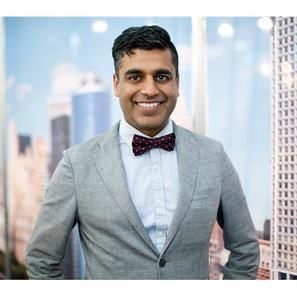 Ashish Atreja, M.D., M.P.H., F.A.C.P., A.G.A.F., oversees UC Davis Health’s expansion of its digital relationships with patients and with other hospitals, bridging the gap between IT, academia, research, and innovation as “Digital Davis” becomes a global hub for digital health.

Prior to his UC Davis Health appointment, Atreja, a gastroenterologist, served as the chief innovation officer for the Department of Medicine at Mount Sinai Hospital. At Mount Sinai, Atreja established one of the first innovation hubs within an academic medical center to build and test disruptive digital health technologies – those that transform the industry. Atreja is credited with coining the term “Evidence-based Digital Medicine (EBDM),” and is often referred to as “the app doctor” for his work in pioneering digital therapeutics and prescribing mobile health apps for patients.

Prior to his work at Mount Sinai, Atreja was at the Cleveland Clinic, where he was Associate Program Director for Informatics Fellowship, led electronic health record implementation, and won an innovation award for developing one of the first virtual pager and messaging applications that was successfully licensed.

Atreja has held key positions in many professional organizations, including in the American Gastroenterological Association and American College of Cardiology. He supported large-scale patient outreach programs during the COVID-19 pandemic through national and international coalitions, and was recently nominated among the Top 40 HealthCare Transformers. In addition to a medical degree, Atreja holds a master’s in public health, and is a fellow of the American College of Physicians.