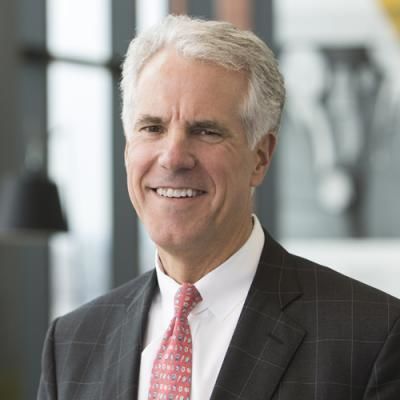 Mr. Coburn leads a team of more than 125 tasked with the worldwide commercial application of the unique capabilities and discoveries of all Partners’ 74,000 employees. His unit’s business development responsibilities include investing, company creation, international consulting, innovation management, industry collaborations, and licensing. Commercialization revenue exceeds $130 million annually and more than 225 companies have been spun-off from Partners in the last decade. Large-scale industry collaborations have been established in areas such as AI and drug development. Provider strategy and operational consulting has been delivered to clients in nearly 40 countries. His group also manages a nearly $200 million venture fund.

Prior to joining Partners, Mr. Coburn was founding director of Cleveland Clinic Innovations and served for 13 years as its executive leader. During his tenure Cleveland Clinic spun off 57 companies that raised more than $700 million in equity financing. There were none before Coburn’s arrival. His team also managed an innovation alliance network in which Cleveland Clinic directly supported technology commercialization for healthcare systems throughout the United States.

Mr. Coburn has been a member of numerous corporate and community boards including Explorys (acquired by IBM), Autonomic Technologies, and the U.S. Enrichment Corporation (NYSE:USU).